The next meeting of the Town Council will be held on

at 7pm in the Arncliffe Sports and Community Centre. Here, our picture shows the Mayor signing his Declaration of Acceptance at the Annual Meeting.

What a brilliant night’s Culturefest cricket, held in bright sunlight, once again at it’s spiritual home…. New Hutte Neighbourhood Centre…..were the Patron’s X1 were once more up against the Mayor’s X1.

This year the Mayor’s X1, who batted first, was entirely made up of students and staff from Halewood Academy, which very much pleased the Patron, who, in thanking Phil Rylands who captained and coached the Mayor’s X1, congratulated him in introducing some potentially fine young cricketers to the game. Special mention must be made of one young Academy student, Jack Cross, who was joint highest scorer amongst both teams with 19 runs.

The Patron’s X1, a experienced and strong side, were skilfully captained by Gerry Allen to used both his batsmen and bowlers to such good effect and who won the game and so, the Patron retained his pot!

Our pictures show the Deputy Mayor, Cllr Clare Rose and the Culturefest Patron Richard McCullagh plus a shot taken during the match and the two teams at the end of the game with the Deputy Mayor and Patron. 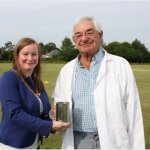 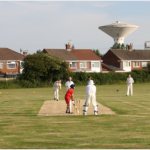 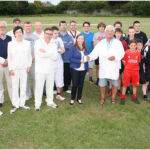 Following the uncontested Elections, four new Town Councillors have been elected for each Ward in Halewood.

Councillors Tommy Fearns and Marj Grant recently stepped down as members of Halewood Town Council. To mark their contribution to the life of Halewood over many years and to thank them on behalf of the Township, the Mayor and Mayoress of Halewood, Cllrs Terry and Shelley Powell were delighted recently to make a presentation to them both.

The community of Halewood came together in Hollies Hall on 20th March to recognise and celebrate the achievement of members of our community and to recognise the fortitude and success of our young people.

Here’s our winners who each received their award from the Mayor of Halewood, Cllr Terry Powell. The winner of the Pupil Recognition Award from Halewood Academy was unable to attend the award ceremony and will recieve his award before the Town Council meeting on 16th April.

Many congratulations to him and to all our worthy winners. Well done and thank you. Once again, Father Christmas took time out from his busy schedule to visit our Pensioner’s Party last week. This year, we also had a Piper from the Liverpool Scottich Pipe band and entertainment provided by Jim Milne. As you can see from this small selection of photo’s all our visitors had a great time and a wonderful start to their Christmas festivities. 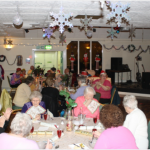 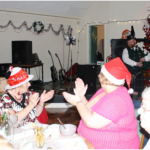 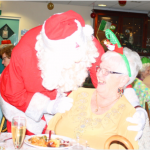 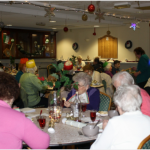 Once again, the Town Council, as a major sponsor, was delighted to welcome back to halewood, members of the world famous Royal Liverpool Philharmonic Orchestra for this years christmas concert. A massed choir from all Halewood Primary Schools, Halewood Academy and the Community Choir, put on a spectacular show which also featured dramatic performances by Merseyside Arts and Theatre Education and Altru Drama.

‘Magical’ was how one member of the audience described what was a truly wonderful evening, one which showcased all that is good about the community of Halewood. Well done and thank you to all concerned. 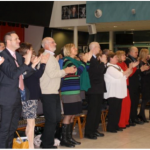 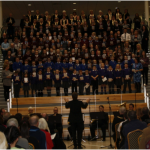 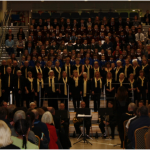 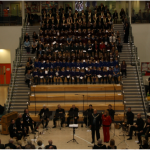